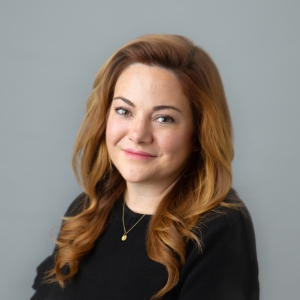 Erica Renfree is a Boston native, calling San Diego her home since 2000. She is the oldest of three children. Her father served in the Coast Guard for 37 years and retired as a Rear Admiral and her mother was a Office Administrator. She was the first in her family to attend a four year university and the majority of her extended family is in Education.

She attended USF, USD three times, and SDSU twice. She holds several degrees which are listed below including a Doctoral degree in Educational Leadership.

She was beyond excited to take the position as Junipero Serra High School's Principal because not only does she understand the community, (as she lived in it for quite some time) but also Tierrasanta has the largest military housing in the nation and she grew up in military housing due to her father's background.

She is married to a wonderful husband who is a Acoustic Engineer and the mother of two sons.

Don't hesitate to contact her at the above listing for questions, comments, or concerns.

none, English and Psychology

A group of students petitioned the school and the school district to re-brand Serra High School. That student-led initiative began a collaborative conversation with staff, district officials, community members, and alumni. Born out of this collaborative process was a rebranding survey asking if the brand should remain or change.  Each stakeholder group was given an opportunity to voice their opinions about possible rebranding and suggestions for a change.

The results of that survey were given to the San Diego Unified School District’s Naming Committee. In collaboration with students and local tribal communities, the naming committee submitted its recommendation to the board. On Tuesday, March 9th, the SDUSD Board of Education announced that Serra High School’s new brand will be Canyon Hills High School, home of the Rattlers with the new colors of red and black.

In the fall of 2021, Serra High School will open as Canyon Hills High School, and the first of many generations of Rattlers will walk these halls. As we move forward as CHHS, know that we are not erasing our history, but we are adding to it. We are currently working on creating a “legacy room,” where our 40+ years of history will be proudly on display, rather than tucked away in a dusty yearbook. Our legacy room will be a place where everyone in our learning community can celebrate the Conquistadors who came before us, and the Rattlers that will be our future. Future students may be donning Red and Black, but our Brown and Gold heritage will always play a role in who we are.