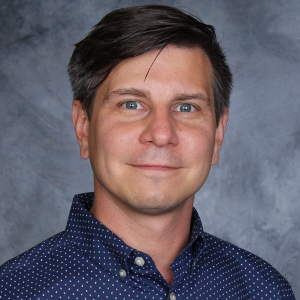 Nicholas was born and raised in New Jersey.  After following in his father’s footsteps to Penn State University, he traveled to Trinidad and then served in Peace Corps Morocco.  Upon his return to the US, he moved to New York City and began teaching science in Harlem.  During his 11 years of teaching, he taught biology, chemistry, forensics, genetics, AP Environmental Science, and A.V.I.D.  Along the way he obtained a Masters in Teaching from Pace University and a Masters in Administration & Supervision from Fordham University.  After leaving the classroom, Nicholas worked in several positions within the New York City Department of Education central office supporting teacher teams and administrators across the City.

In Spring 2018, Nicholas and his wife, a San Diego native, drove across the country and moved with their two small children to Bonita.  They are very happy enjoying larger living space, better weather, and spending time with friends and family.

A group of students petitioned the school and the school district to re-brand Serra High School. That student-led initiative began a collaborative conversation with staff, district officials, community members, and alumni. Born out of this collaborative process was a rebranding survey asking if the brand should remain or change.  Each stakeholder group was given an opportunity to voice their opinions about possible rebranding and suggestions for a change.

The results of that survey were given to the San Diego Unified School District’s Naming Committee. In collaboration with students and local tribal communities, the naming committee submitted its recommendation to the board. On Tuesday, March 9th, the SDUSD Board of Education announced that Serra High School’s new brand will be Canyon Hills High School, home of the Rattlers with the new colors of red and black.

In the fall of 2021, Serra High School will open as Canyon Hills High School, and the first of many generations of Rattlers will walk these halls. As we move forward as CHHS, know that we are not erasing our history, but we are adding to it. We are currently working on creating a “legacy room,” where our 40+ years of history will be proudly on display, rather than tucked away in a dusty yearbook. Our legacy room will be a place where everyone in our learning community can celebrate the Conquistadors who came before us, and the Rattlers that will be our future. Future students may be donning Red and Black, but our Brown and Gold heritage will always play a role in who we are.